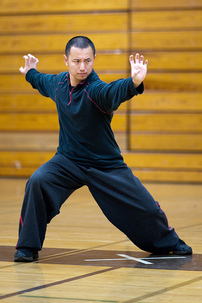 Sifu Frank Du was born in Vietnam into a Chinese family. He has had the benefit of growing up multi-lingual and multi-cultural. Sifu Frank has combined his passion for traditional Kung Fu and Lion Dance with helping youth and giving back to the community.  Born under the Year of the Fire Dragon, Sifu embodies everything good and bad about  that sign. Through meditation and self-reflection, he has channeled his fierceness into making Three Treasures a jewel in the community.

Sifu credits his parents and  upbringing in the tough neighborhood of City Heights for who is he today. Nothing was very handed to him and hard work went hand in hand with life. While he saw the stereotypical negative things portrayed by the media about the inner city, Sifu wants everyone know the inner city is full of beautiful people rich in culture, truthfulness, and inclusion. It was very common to seeing children of different races playing together. It is Sifu's goal to go back and help City Heights and other under served communities.

While growing up in City Heights in San Diego, Sifu was very much into sports, particularly basketball, baseball and badminton. From 1995 to 2011, Sifu Frank was the head badminton coach at Mission Bay High School (1995 to 2007) and Serra High School (2008 to 2011) winning a team CIF title in 2003 and finishing 2nd place 4 other times. He has trained over 30 individual champions during this span. He retired from coaching so he could focus on developing himself so he could keep improving on being a better father, Sifu, and mentor to his students.

Sifu's interest in community service started in 2001 when he began his career in Financial Services. While on business calls, he would encounter many organizations where part of their mission was to give back to their respective communities. This piqued Sifu's interest because his own father did the same within the Chinese and Vietnamese communities of San Diego. For that reason, Sifu Frank started working part time around his "day job" at the YMCA in various departments from 2002 to 2011. He taught Tai Chi; coached various sports and ultimately became Community Relations coordinator at the Copley YMCA in City Heights. During this time, Sifu also began volunteering for the San Diego Chinese Center and helped put together their annual street fair. This lead to him meeting other cultural organizations and laid the foundation for Sifu Frank to create Three Treasures.

Sifu's lives the Vision of Three Treasures every day meaning he is all about developing leaders who will pay it forward. Sifu subscribes to the theory that all life is made up of energy and your  Qi (life force) flows where your mind takes it. Our name Three Treasures is a daily reminder that we need to be balanced not only in our martial arts training but also in life and how we treat others.

In addition to his own Kung Fu training, Sifu cross trains with Brazilian Jiu Jitsu and has added its concepts to our Kung Fu. Sifu is a current Kung Fu student of Grandmaster Raymond Wong of the Tai Chi Praying Mantis System; Master Bill Helm of the Chen Style Tai Chi and disciple of Grandmaster Chen Xiao Wang, the lineage holder of the Chen Tai Chi family; as well as student of Grandmaster Yang Jun, the lineage holder of  Yang Tai Chi's founding family.  Three Treasures is very proud of our distinct and strong lineage but we all know it does not matter how good your teachers are; ultimately it is about how well we  train and receive that valuable knowledge.

Sifu is married to Simo Linh Du and they have two beautiful and talented kids, Charles and Lily. They live in Rancho Penasquitos. When you have some free time, join him in a game of basketball each Wednesday night at the Canyonside Recreation Center. 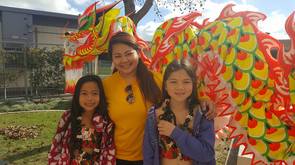 A graduate of Cal State-San Marcos, Kim has proven to be a wonderful breath of fresh air  since joining our organization in May 2016. She is entrusted with heading up our Hage Elementary branch site as well as assisting Sifu Frank with business development affairs which includes creating new opportunities to expand Three Treasures' brand. Kim is also a part of our Kung Fu and Lion Dance team. 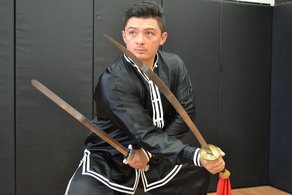 Josh is Sifu's oldest  tenured student dating back to November 2007 when they first met when Sifu became the head badminton coach at Serra High School. Josh began his Kung Fu training in 2009 and  has a pivotal place at Three Treasures. He is entrusted with heading up our Barnard Asian Pacific Language Academy school site as well as being Sifu's top assistant instructor. When he's not leading our Kung Fu classes, Josh can be found healing patients with his Massage Therapy practice. 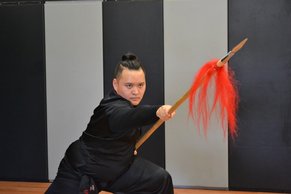 Don is Sifu's second most tenured student backing to 2009. Don's multitude of talents has helped push Three Treasures to unprecedented success  in Kung Fu, Lion Dance, and the healing arts. As an  Acupuncturist, Don brings valuable insight to our Tai Chi and Qi Gong classes as well as made Three Treasures one of the most sought after teams in Southern California. He has broken barriers that seemed improbable such as developing a strong female and children's lion dance team. 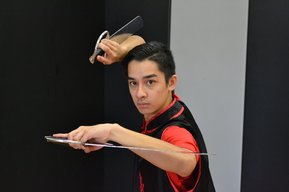 Versatile and talented, Kalani has worked very hard to turn his vast potential into skill. He brings a lot of energy to our organization and has already been trained in several of our departments. Beginning as a Youth Mentor I, he quickly ascended into an Assistant Program Coordinator heading up his own Youth Mentorship Site. He is now entrusted with managing our Kung Fu school and its daily operations. Kalani is originally from Monterey, CA and is studying business at San Diego State. 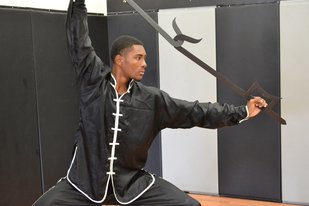 Shawn met us when we Lion Danced at San Diego State back in April 2015. He was one of the victims of our lions biting him and he knew right there that he wanted to work for us. But at the time, we did not have the budget to hire him until September 2015 and he had the patience to wait for us. We are glad he did because he is extremely bright and talented. He currently is the Assistant Program Coordinator at Crown Point Elementary and will soon head our new Athletic Department that will feature basketball, badminton, and soccer. 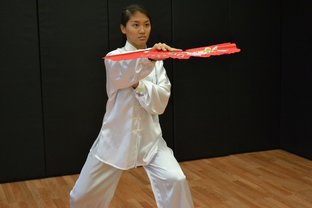 Tamara 's tenacity and dedication have made her an invaluable member of our team. Beginning as a Youth Mentor I, Tamara moved up the ranks to Youth Mentor II which shares in the responsibility of site operations. From there, she was promoted three times. One as assistant Kung Fu instructor, the second as Hip Hop instructor and third time as head of her own tutoring company, FISH Tutoring. Besides Kung Fu, Tamara also trains Brazilian Jiu Jitsu and competes regularly in Hip Hop competitions around San Diego. 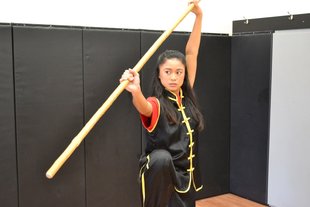 Known more commonly as Kat, she has quickly developed into yet another valuable part of our growing community at Three Treasures. Besides being an outstanding Youth Mentor II in our Youth Mentorship Program, Kat assists in teaching Kung Fu while also heading up our Hula Polynesian Dance department. Originally, from the Philippines, Kat has two sisters and one brother and is majoring in Business Finance in college.